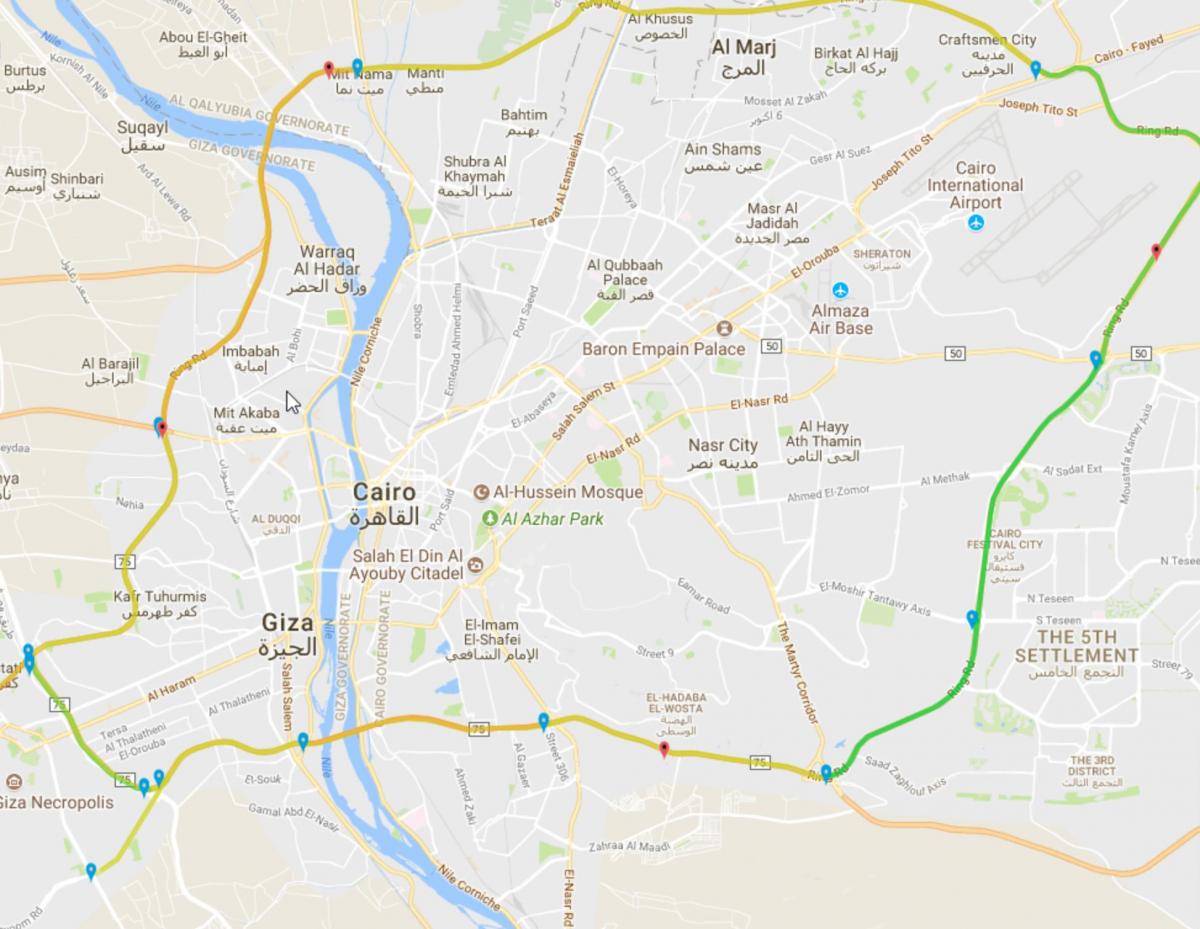 Car rental and parking are both available at Cairo airport. The airport can be reached off of Airport Road, which can be reached off of Orouba Road. Bus route 111 runs from downtown Cairo to Cairo International Airport Terminal 1 as you can see in Cairo airports map. If you are travelling to a different terminal, you can get a shuttle between each terminal. Line 3 of the Cairo metro connects the airport with several destinations within Cairo, including Central Cairo, Heliopolis and Giza. Flagging down a taxi in Cairo is common. Taxis can be identified by their distinct white colour, these taxis run on a meter. Taxi apps such as Careem and Uber can also be used in Cairo. 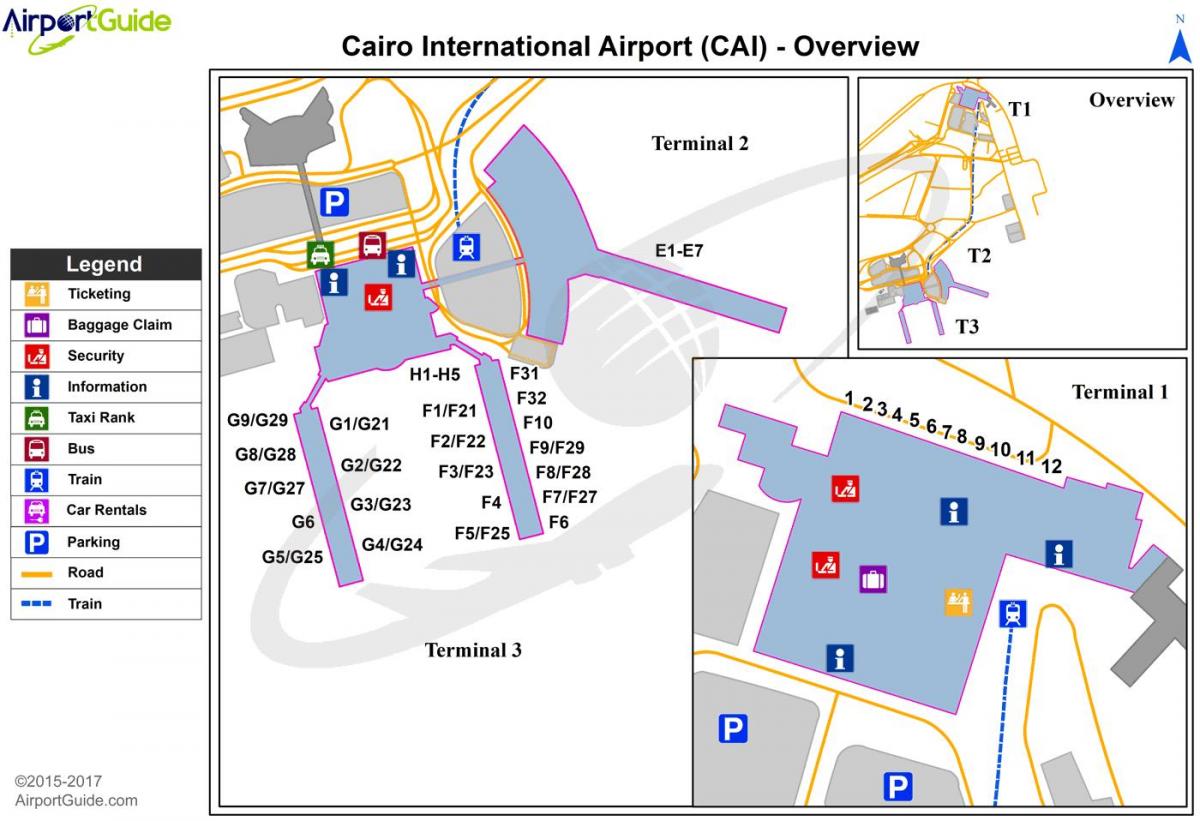 Cairo International Airport ( IATA : CAI , ICAO : HECA ) (Arabic: مطار القاهرة الدولي Maṭār al-Qāhirah al-Duwaliyy ) is the busiest airport in Egypt and the primary hub for Star Alliance member EgyptAir. The airport is located to the north-east of the city around 15 kilometers (9.3 mi) from the business area of ​​the city, it has an area of ​​approximately 37 kilometers square as you can see in Cairo international airport map. The airport is administered by the Egyptian Holding Co. for Airports and Air Navigation (EHCAAN), which controls four companies including: Cairo Airport Co., Egyptian Airports Co., National Air Navigation Services and Aviation Information Technology and the Cairo Airport Authority (CAA ), which is the regulatory body. In 2004, Fraport AG won the management contract to run the airport for 8 years.

Cairo International airport is the second busiest airport in Africa after OR Tambo International Airport in South Africa. Over 65 airlines use Cairo airport (including charter airlines) and 9 cargo airlines as its shown in Cairo international airport map. EgyptAir is the largest operator at the airport, holding 61% of the departure slots in 2009. With the assimilation of the carrier into Star Alliance in July 2008 the airport has the potential to be a major hub with its positioning between Africa, the Middle East and Europe (especially with facilities for the Airbus A380 ). In 2011, the airport served 13.0 million passengers (-19.3% vs. 2010) and handled just under 130,152 aircraft movements (-16.2% vs. 2010). Total airfreight tonnage handled at the airport in 2009 dropped by 3.9% to approximately 274,550 tonnes.

Cairo international airport has four terminals, with the third (and largest) opened on 27 April 2009 and the Seasonal Flights Terminal opend 20 September 2011. Terminal 2 was closed in April 2010 for major renovation works to the building structure and facilities. A third parallel runway replaced the crossing runway in 2010. Runway 05L / 23R is 3,300 meters (10,800 ft) long, 05C / 23C has a length of 4,000 meters (13,000 ft), and the new runway is designated as 05R / 23L and is approx. 4,000 meters (13,000 ft) as its mentioned in Cairo international airport map. A new cargo terminal is also under construction. On 20 September 2011 Prime Minister Sharaf inaugurated the new Seasonal Flights Terminal (ST), located west of Terminal 3. During the start-up phase EgyptAir operates its daily flight to Medina from the new Terminal. All Hajj traffic of EgyptAir will move to the ST while Saudia Hajj flights will still operate form Terminal 1.